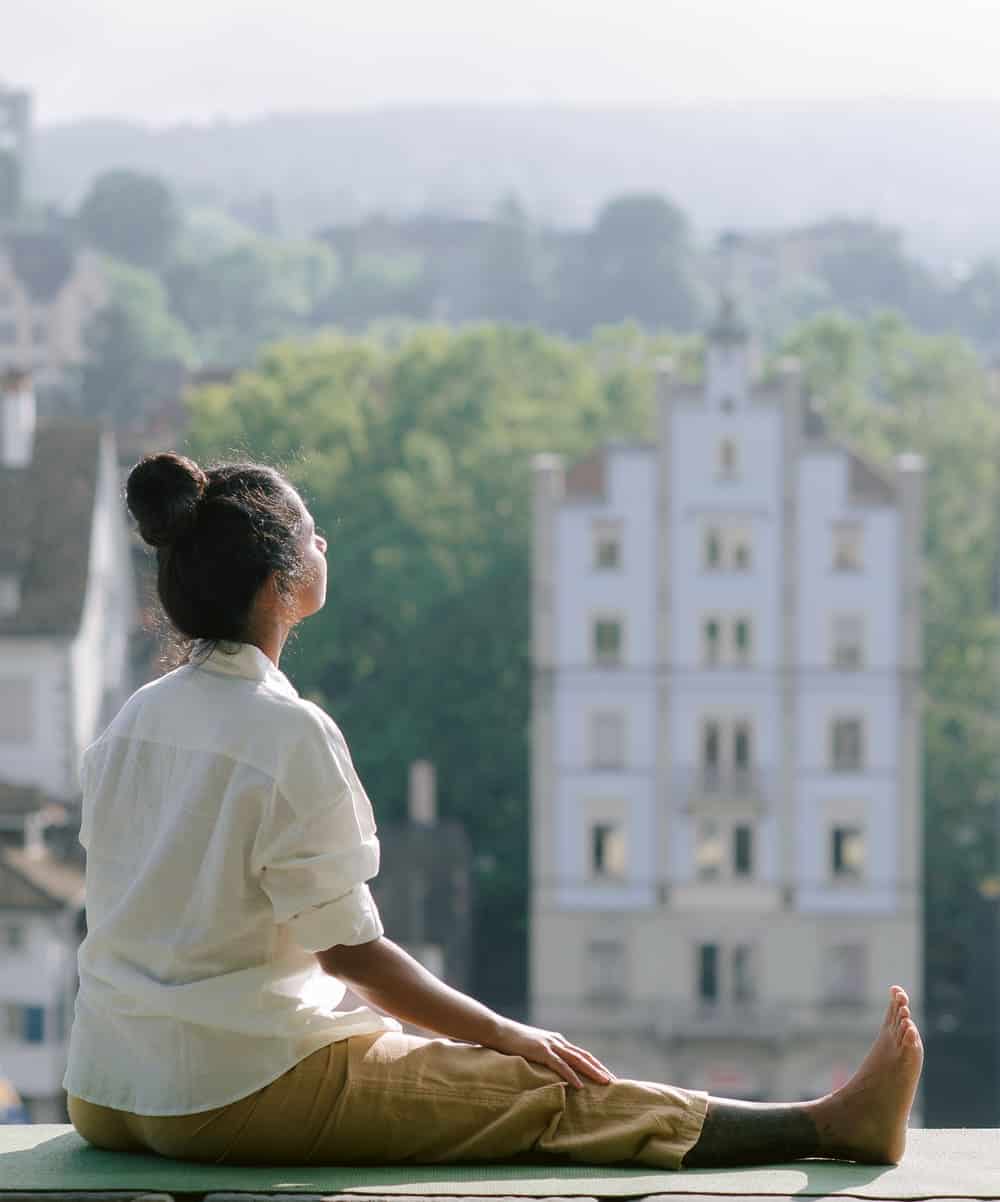 The Yog School is established in 2016 and is devoted to presenting the ancient classical hatha yoga path. The Yog School is adhering to  the core Classical Hatha Yoga practices of Isha Foundation in ways that are understandable and beneficial without compromising quality or depth. Isha Hatha Yoga practices are an unparalleled opportunity to learn practices derived from a yogic tradition maintained in its full purity and vibrancy for thousands of years.  The goal of our sadhana or practices is understanding the mechanics of the body, creating a certain atmosphere, and then using body postures to drive your energy in specific directions, this helps in getting the highest Joy that comes from the realization in direct experience of the centre of consciousness. The Yog School embodies the meaning of the word “Yoga” in its traditional meaning of realizing the union of the individual and the universal, rather than the revisionist meaning of Yoga as a physical fitness program.

The Yog School is aware that “Lifestyle” is a very broad subject, containing many cultural, social, and religious connotations. Here, we are not trying to suggest guidelines or rules from any particular cultural, social, or religious perspective. The suggestions of yoga are universal in nature, and can be effective for all people, regardless of backgrounds. If you consciously use your body in particular way, you can elevate your consciousness.

Today, the hatha yoga that people are learning is not in its classical form, not in its full depth and dimension. Largely the “studio yoga” that you are seeing today is unfortunately, just the physical aspect of it. History has it just teaching the physical aspect of yoga is like having a stillborn baby. It is up to no good, it’s a tragedy. If you want a live process, it needs to be taught in a certain way. That’s where The Yog School comes into picture.

Different Hatha Yoga Program are taught at The Yog School, including Upa Yoga, Angamardana, Surya Kriya, Surya Shakti, Yogasanas, Bhuta Shuddhi, Children’s Yoga, Corporate Yoga, and a few additional yoga practices in addition to Private sessions. These practices have been selected and designed by Sadhguru to develop mental clarity and focus, boost vigor and vitality, balance hormonal levels and take years off the body, bringing a sense of lightness and freedom.

These practices are taught in a program format where you will be learning a complete Hatha Yoga practice over multiple sessions and when you finish the program you will be competent enough to do the Yoga practice by yourself in the comfort of your home. The classes will be conducted by highly trained teachers and will offer classical Hatha Yoga in its full depth and dimension. They are not taught merely for physical fitness and strength. They are a holistic process of naturally achieving a certain mastery over the body and mind, so as to come to a state of health, joy, and bliss. They are ideal for the hectic pace of today’s world. He think yoga teaching as a great privilege and responsibility of transmitting this ancient science of yoga to the Sports Person as well as General Public and contribute to Sadhguru vision of raising human consciousness. He has successfully conducted the Yoga Class for Public as well as Sports Person of different games. He has conducted more than 100 programs and transmitted yoga for several people and Sports Person. He teaches the Hatha yoga practices which is a way of working with the body, a way of disciplining, purifying and preparing the body for higher levels of energy and possibilities. Yoga has empowered him to lead a wonderful life. Teaching for him is an expression of his deep longing to share this profound science of Yoga to fellow beings. 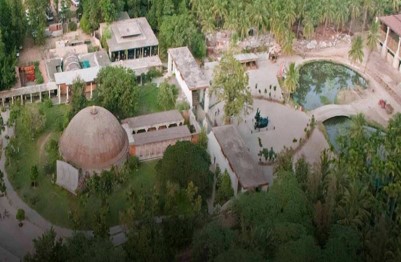 Sadhguru’s vision to transform the world has been unfolding over the past 30 years through programs designed to create an inclusive culture and establish global harmony. He established the Isha Foundation, an international non-profit service organization, through which he has offered powerful yoga programs that extend a rare opportunity for self-discovery, inner transformation, and empowerment for individuals to reach their full potential. He has initiated many large scale human service projects for rural upliftment, quality education for the poor, environmental stewardship and holistic health, which have impacted the lives of millions of people around the world, earning a special consultative status with the United Nations.

Isha Foundation is run entirely by volunteers inspired by their own personal transformation. Sadhguru has emphasized that humanity now has the necessary capability and resources to address every problem on the planet; the only missing element is willingness. Sadhguru has kindled this willingness within millions of people to extend their heads, hands, and hearts toward the betterment of humanity.

My Guru and The founder of Isha Foundation

Sadhguru is a yogi, mystic, visionary and the founder of Isha Foundation, a non-profit human-service organization, supported by over seven million volunteers in over 250 centres worldwide. Sadhguru presents yoga – the core of India’s spiritual strength and its gift to the world – as an inner science. Devised by Sadhguru, Inner Engineering or Isha Yoga has made a dimensional shift in how people address their wellbeing. Because of its scientific approach, Inner Engineering has garnered international appeal and acceptance from leading corporations, universities, and global forums like Google, General Electric, the World Bank, etc. Over 100 million people have been touched by Isha Yoga or Inner Engineering till date.

Under Sadhguru’s leadership, Isha Foundation has also shaped many pioneering and large-scale social initiatives like quality education for the poor, holistic health solutions, environmental stewardship, and bringing about rural rejuvenation through sports. This approach has gained worldwide recognition and reflects in Isha Foundation’s special consultative status with the Economic and Social Council of the United Nations.

Isha Vidhya, a rural educational outreach initiative started by Sadhguru, has transformed the lives of over 100,000 children and Isha’s government school adoption program has been spectacularly successful. Inspired by Sadhguru’s environmental movement Project GreenHands, the people of Tamil Nadu have planted over 3 crore trees for which he was honoured with the Indira Gandhi Paryavaran Puraskar – India’s highest environmental award for the year 2008. In October 2006, 256289 volunteers planted 852587 saplings in 6284 locations across 27 districts in Tamil Nadu setting a Guinness World Record in the process. Project Green Hands (PGH) has also been awarded the State Environment award in 2012 by the Ministry of Environment and Forests, Tamil Nadu for the best organization working in this field. In 2010, it was awarded the Beyond Sports Award for using sports as a medium to impact community. From among 438 entries worldwide PGH won the award under the environment category.

Sadhguru – a sport enthusiast – has inspired millions of people in Tamil Nadu to take up sport. Isha Gramotsavam is an effort to revive the rural spirit through sports and community building – breaking through divisions of caste, creed and economic status, and helping people leave behind destructive addictions to drugs and alcohol. In Isha Gramotsavam 2016: 10,360 players, 880 teams, 4600 villages, from across rural Tamil Nadu participated in state-wide volleyball and throwball matches.

Sadhguru has been a delegate to the United Nations World Headquarters as the primary speaker on International Day of Yoga in 2016, addressed the Indian Economic Summit and has been a regular speaker at the World Economic Forum in Davos. Further, some of the most renowned education institutes and universities across the world including Oxford, Stanford, Harvard, Yale, Wharton, MIT, etc. have hosted Sadhguru’s talks. Sadhguru’s areas of active involvement encompass fields as diverse as architecture and visual design, poetry and painting, ecology and horticulture, sports, music, aviation, and he exudes an indiscriminate passion for all aspects of life.